Flourishing nature combined with fascinating stories from the past. Leave the capital behind and visit the manors of Sjundby and Svartå, both of which are still privately owned today by noble families and have a colorful but very different kind of history dating as far as 1560’s. Our third stop is the charming Fiskars,  village of arts and artisans, where you will have also time for shopping.

Sjundby manor, actually called a castle in Finnish, is a medieval manor built in 1560’s. It has been privately owned by the Adlercreutz noble family for over 300 years. As part of the peace conditions  after the Second World War the whole Porkkala area was rented out as a military base to the Soviet Union. This era from 1944 to1956 is called the time of Porkkala Parenthesis. Why? This you will get to know during the visit.

Svartå Manor  is one of the most precious manor houses in Finland with a history of more than 200 years. The hotel consists of five different historical buildings situated in an idyllic park mileau by a scenic river. The main building is a manor museum with Gustavian furniture, decorative tiled stoves – and ghosts. The colorful history of the manor becomes almost alive during the guidance.

Slottskrogen  – the « castle inn » of Svartå Manor, is widely known for their superb kitchen. Their philosophy starts from fresh, local ingredients delivered daily from the local fishermen and farmers they well know,  produced as ecologically as possible.

Fiskars ironworks was founded 1649. Today Fiskars Corporation is an international company, whose consumer products for home, garden and outdoors are know for their functionality and cutting-edge design. Fiskars Village again has become a center of handicrafts. Many artisans have their workshops in Fiskars, which makes it an interesting place to visit. You can spend time by visiting handicrafts stores or exhibitions or even by participating in a workshop and learning new skills.

Karin Widnäs   is a well-known ceramicist. In addition to the unique esthetical objects and pieces of tableware the emphasis of her work for the past two decades has been the design of architectural ceramic elements. Her home atelier was designed by architect professor Tuomo Siitonen. It is a symphony of local timber, Widnäs ceramics, clean lines and pure light,

FRIDAY TOUR TO THE COUNTRYSIDE SOUTHWEST FROM HELSINKI

Guidance: tour leader and destination guidance in English (or another selected language)

Meals: lunch at Fiskars Wärdshus and coffee/tea with pastry at Svartå manor 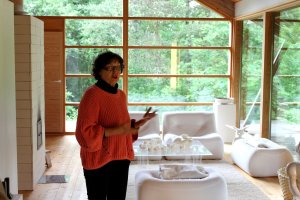 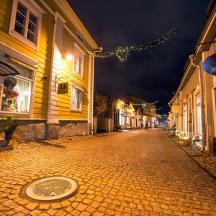 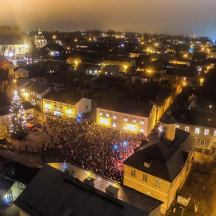